As we get ready to release our latest Mobile BI Market Study Update - we have been finalizing the assessment of the mobile capabilities of various BI vendors. As a part of this process, we have scored 20 different Business Intelligence vendors using the following simple formula:. 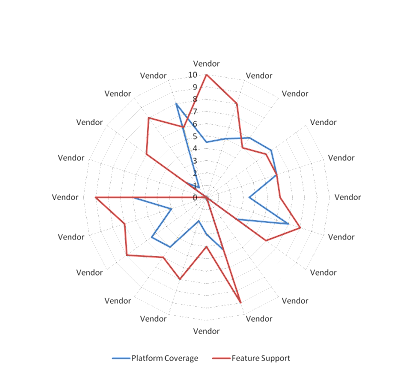 This model describes but a single dimension of a vendor's BI capabilities and should not be used as a sole source for product evaluation and selection.

Our own Wisdom of Crowds BI Market Study (TM) is one useful source to help understand a broader set of dimensions associated with BI vendor and product suitability.

The Mobile Business Intelligence Market Study Update is planned to be released next week.

Howard
Posted by Howard Dresner at 9:30 PM No comments:

I am working feverishly away on the updated Mobile BI Market Study findings and am nearly done.

Like with the last study, in addition to user (demand-side) input, vendors have contributed information surrounding their Mobile BI capabilities.

Our thanks to those vendors that have provided updated profile information:


Here's one of the charts that will be included in the upcoming findings report, indicating BI vendor priority for mobile platforms: 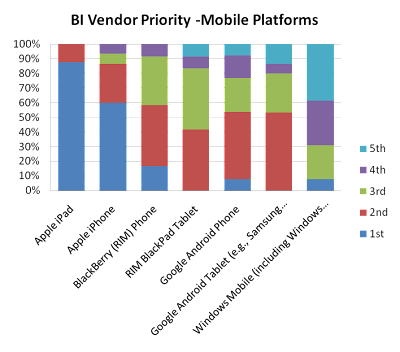 The complete findings (with vendor rankings) will be released during the week of January 31st.

Howard
Posted by Howard Dresner at 8:53 AM No comments:

Some Background on Our Impending Mobile BI Market Study Update

In September 2010, we published our landmark Mobile BI Market Study. This report was based on a study of nearly 200 organizations from around the globe. In it we explored the perceptions, intentions and realities surrounding Mobile Business Intelligence from a number of perspectives and helped to shed light on an emerging market dynamic.

During the ensuing six months from when we initially collected our study data (June-July 2010), the market for Mobile BI went through dramatic change: new platform entries (e.g., Android tablets), evolved BI software offerings and increased user experience and deployments. These changes, along with the suggestion of clientele, encouraged us to update our research and document this phenomenon. The result is a Mobile BI Market Study Update, which is slated to be published in late January 2011.

To understand the changes afoot regarding Mobile BI, we re-surveyed a select group of original respondents and examined differences from the initial study data. We also conducted interviews with six of these organizations to get a deeper sense of their plans and requirements. And, we asked several new questions which deal with emerging issues surrounding Mobile BI.

As with the original study, we invited the vendor community to update their product profiles with their latest mobile features - and will include updated rankings based on mobile platform and BI feature support.

The result will be a compelling set of findings, which highlight the rapidly changing landscape for Mobile Business Intelligence.

For this updated analysis, we worked to obtain a cross section of industries that is representative of the original sample: 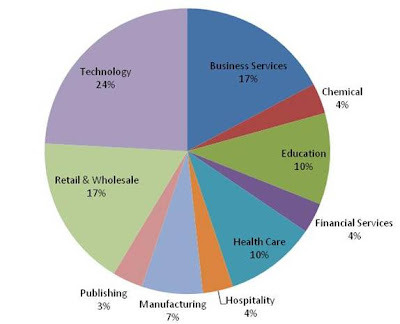 Although the IT function is best represented, a substantial number of non-IT members were selected to provide input. 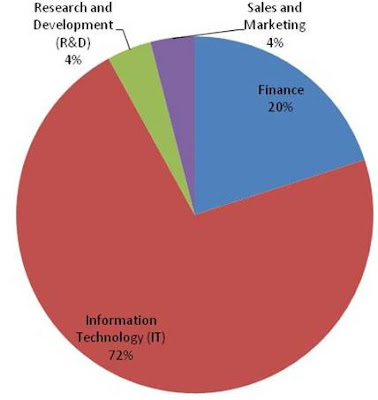 We succeeded in recruiting a good cross section of organization sizes, which corresponds to the original, larger sample. 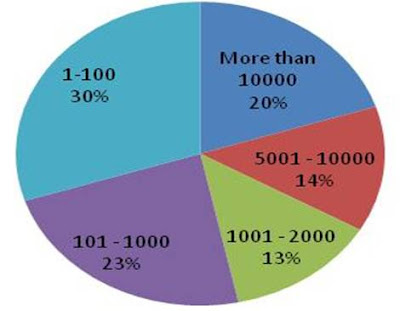 Similar to the original sample from the first study, the geographies represented are predominately from North America and EMEA: 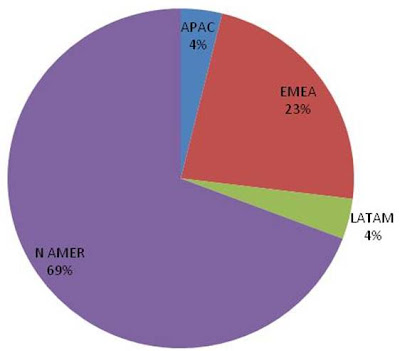 Below are some sample analyses which will be included in the updated study. The actual report will contain all relevant labels and keys.

Since the original study, several new platforms have been announced and/or shipped. These include the Samsung Galaxy, Windows 7 Phone, and RIM Black Tablet. This, combined with a more experienced customer base, has contributed to shifts in platform priorities. As such, we take a look at which mobile platforms are most important for Business Intelligence – six months ago and today (Figure 5). 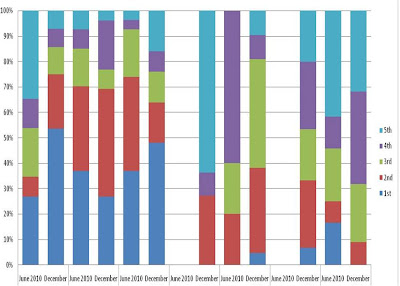 As organizations have moved from planning to deployment of Mobile BI, their assumptions and plans have also changed. In the findings document, we will explore how their plans have changed and what user penetration for Mobile BI might look like in 2011 and 2012 (Figure 6). 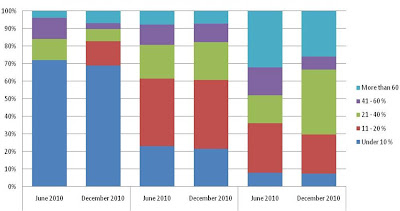 We also examine how requirements for BI functionality have changed in six months (Figure 7). 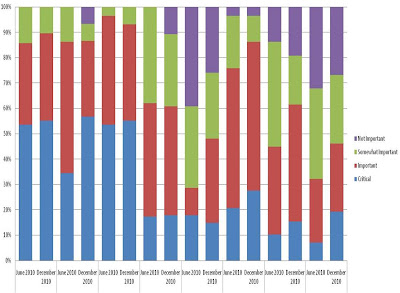 User roles to be automated:

In the updated report, we explore which users will be automated versus six months earlier (Figure 8) 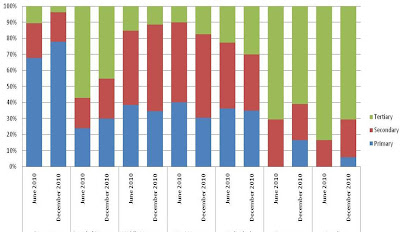 Among the new questions that we asked of respondents was their inclination towards enterprise systems/applications versus Software-as-a-Service and “cloud” computing (Figure 9). 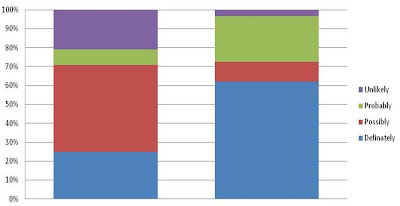 Six organizations were interviewed and will be profiled in the findings report – describing their experiences with Mobile BI during the past six months and highlighting key changes in responses from the original study. Industries represented by these organizations include: government, hospitality, manufacturing, retail and wholesale.

In addition to the detailed capability tables offered in the original DAS Mobile BI Study, we will provide several vendor/product ranking charts, based on mobile platform and feature support (Figure 10). 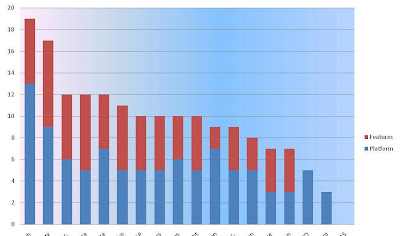 The official findings will be released to enterprise licensees at the end of January.

Posted by Howard Dresner at 1:45 PM No comments: