Well, the moment we've been waiting for finally arrived. This past weekend we raised our wind turbine (video below) and, along with the solar array, started generating electricity!
There were some tense moments as the wind started to pick up, but everything went smoothly. Combined, the tower and turbine weigh about 1,000 lbs. (450 Kg.) So, you can imagine how unwieldy it might have become if hit with a gust of wind.
We'll find out in the next week or so, how well its performing. The turbine has a wireless (zigbee) interface which should provide us with regular performance statistics. And, of course, we'll start to see the impact on our monthly electric bill, as there is state mandated "net metering" - which literally runs the electric meter backwards when we're generating more power than we consume.
Special thanks to Gary and Jared Bergeron from PlanIT Green Renewable Energy. (to my left in the photo). They were great to work with and I highly recommend them for any renewable energy projects!
I'll keep you posted on our progress.
-Howard
Posted by Howard Dresner at 6:26 AM 5 comments: 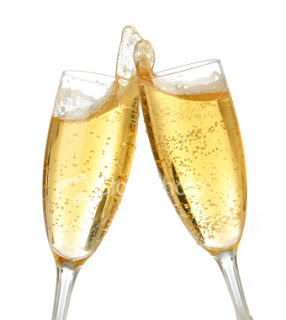 With the holidays and 2008 behind us, I thought I’d take a moment a review my predictions from 2008 to see how accurate I was. Of course, nobody is perfect and I certainly missed a few. However, I managed to get a couple right. Below are my 2008 predictions along with my 2009 commentary:

January 2, 2008: The Economy: In my opinion, the “Big Kahuna” of predictions has to do with the economy. I may not be an economist, but I’ve been around long enough to know the signs of recession when I see them. A quick look in the local (US) newspaper tells part of the story: numerous housing foreclosures and auctions. I haven’t seen that since 1992. In addition, rumors a of a weak holiday retail season abound. Coupled with the current and unfolding lending crisis, a dismal Q4 earnings report could seal it. If I’m right, this means that 2008 budgets will be flat to down – especially for IT. The rest of my predictions are either caused by or accelerated by this prediction.

January 12, 2009: When I made this prediction, I had no idea how right I was going to be. From where I sit right now, I would suggest that we’re on the brink of an economic “depression” (aka “severe recession”). Having recently read Paul Krugman’s “The Return of Depression Economics”, I’m hopeful that, with appropriate intervention, things will stabilize by the second half of the year, even though it’ll likely be at a much lower level of economic activity. Earnings announcements due out soon will tell us how bad 2008 really was and will set the tone for the first half of 2009.

January 2, 2008: Market consolidation: As everyone is already aware, 2007 was a year of massive consolidation for BI and EPM software vendors. Although Hyperion, Business Objects and Cognos are gone, the fun’s not over yet. As the big guys feel even more pressure to boost revenues and profits, I believe they’ll gobble up any remaining, above-average software vendors of size (> $100M USD).

January 12, 2009: I was less accurate on this one. Acquisitions were far fewer than expected in 2008. This was likely due to a general lack of available credit, which made acquisitions harder to fund. The only BI/EPM acquisitions worth noting for 2008 were FAST and DATAllegro – both by Microsoft and few assorted smaller ones by Oracle (e.g., ATV). Not much else has happened on this front – even though there are some pretty good bargains out there. Perhaps as credit starts to flow again, the hunt for acquisitions will resume in 2009. Of course, I’m not suggesting that this is necessarily a good thing but, instead, a market reality.

January 2, 2008: Leveraging Existing Investments: With a combination of lower budgets and real urgency to improve business performance, I expect many organizations to try and get more value from software and systems they already own. This would be especially good news for systems integrators – especially those with deep expertise in key vertical and functional areas. So, I would anticipate consultancies become even busier than in 2007 and for a whole new crop to emerge in 2008. Caveat Emptor!

January 12, 2009: Certainly, doing more with less was a central theme in 2008 and will continue to be throughout 2009. However, I’m not sure that consultants have been the main beneficiaries. Budgets are flat to down and less will be spent during 2009 than in 2008. I saw a recent study from an analyst organization suggesting a 50% decrease in IT spending in 2009. I find that difficult to fathom. I believe a decrease of 10 – 20% is more likely. In spite of this, BI and EPM are still top priorities and organizations will concentrate efforts upon these and other critical business challenges - while working to save money whenever possible.

January 2, 2008: Rise of the Business Buyer: I don’t want to give Nick Carr (Does IT Matter? Information Technology and the Corrosion of Competitive Advantage - Harvard Business School Press) too much credit, but many IT Departments have become alienated from the business and less relevant than they could or should have been. An exclusive focus upon the largest software solution providers doesn’t help. In defense of IT, much of this may not be their fault and they may find themselves in an impossible situation. Nevertheless, emerging software vendors and consultants have caught on to the trend and are focusing selling efforts on business management – with the promise of implementing business solutions faster than IT can. Of course, these vendors may eventually have to deal with IT, but will avoid it (if at all possible) until business management is “on board”.

January 12, 2009: While some on the business side continue to seek BI and EPM solutions independent of IT, I have seen greater pragmatism on the part of some organizations and a more conciliatory approach between IT and business users. Having said that, BI and EPM initiatives will continue to be driven by both business and IT departments (often independently) with economic buyers and influencers varying by organization. Irrespective of who drives the initiative, I expect that there will be greater urgency and immediacy associated with it.

January 2, 2008: New Approaches Map to the Emerging Market: On-demand, open source and software appliances have been around for a few years and have experienced varying rates of adoption and success. However, with the above forces changing the shape of the market in 2008 – these options - offering lower cost and fast deployment - become vastly more appealing – especially to business users! Expect to see lots more of each at the expense of traditional software offerings.

January 12, 2009: Given the current recession, I’ve observed a growing interest in open source and Software-as-a-Service as alternatives to traditional enterprise software. Interestingly, some of the enterprise software providers have taken steps to address this by offering to match the open source total cost of ownership (TCO). However, given the different economics surrounding the two business models, I remain skeptical that they can succeed. In general, I believe that 2009 will be a good year for solution-providers offering rapid time-to-value, and a lower cost structure. Right now Software-as-a-Service is my top pick.

Best wishes to you and yours for a healthy and prosperous 2009!